Note: I discovered weeks after this test that the filter drawer of this lens actually contained a Nikon UV filter. That might have influenced the result, so further testing required.

Further testing the golden oldie 300mm F 2.8 AF Nikkor ED. At F4 with 56×180 seconds on ISO800, Nikon D750, HEQ5 and the Lacerta MGEN II autoguider. A lot a gradients to remove, and really bad conditions with fog, cirrus, passing contrials, in general a sky not over SQM 19.50

There is something wrong with the starshape in this image. The colors are ok and the nebulosity really stands out. However, zooming in reveals strange artefacts.

I checked the light frames and decided to delete 30 out of 56 lights, because the focus was not ok. In addition I removed some lights that were really off track, had very bad star shapes. Futhermore, were before AstroPixelProcessor refused to register the frames, it now did register and stack the frames. Obviously only half of what I had before. So I lost a lot of nebulosity and nuance in the image! 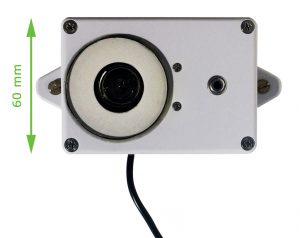