“Pipo the Horrific” was a comic strip that I published in our local club’s magazine. The local club in Leuven was called “Wega” and still kind of exists today. Back the, the late eighties and early nineties, it was really doing well. There was a monthly magazine published by our editor Steven Stroeykens. Pipo was obviously a clown, which justified his jokes and stupid adventures. The “Horrible” was an adjective stolen from the comic “Hagar”, I suppose just to make hime more fearsome. All situations were based on situations related to observing. In a lot of cases the club’s politics or funny experiences were illustrated after a real situation. Usually when the magazine was handed out at the meeting, this comic was the first item you would look for. 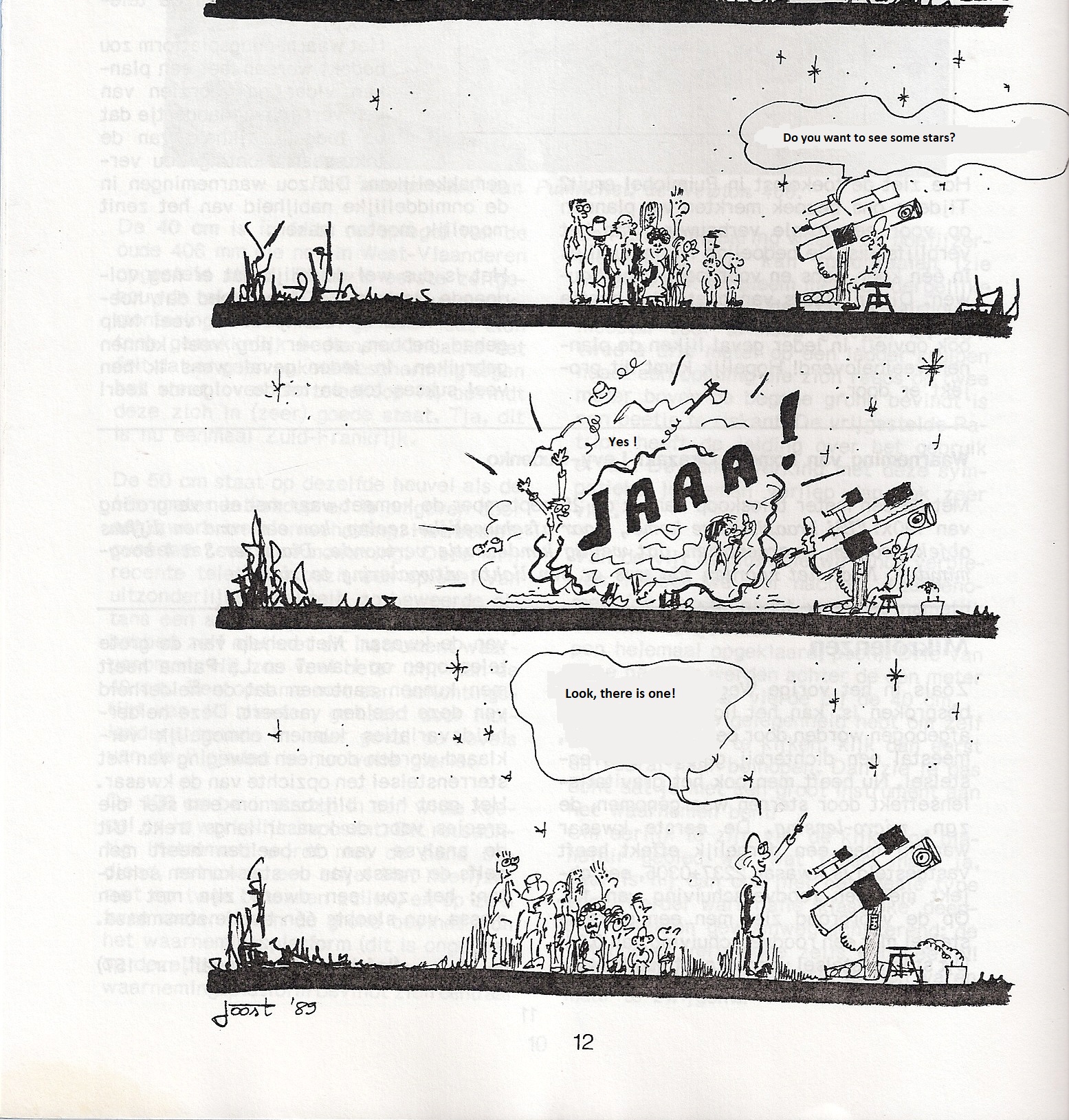 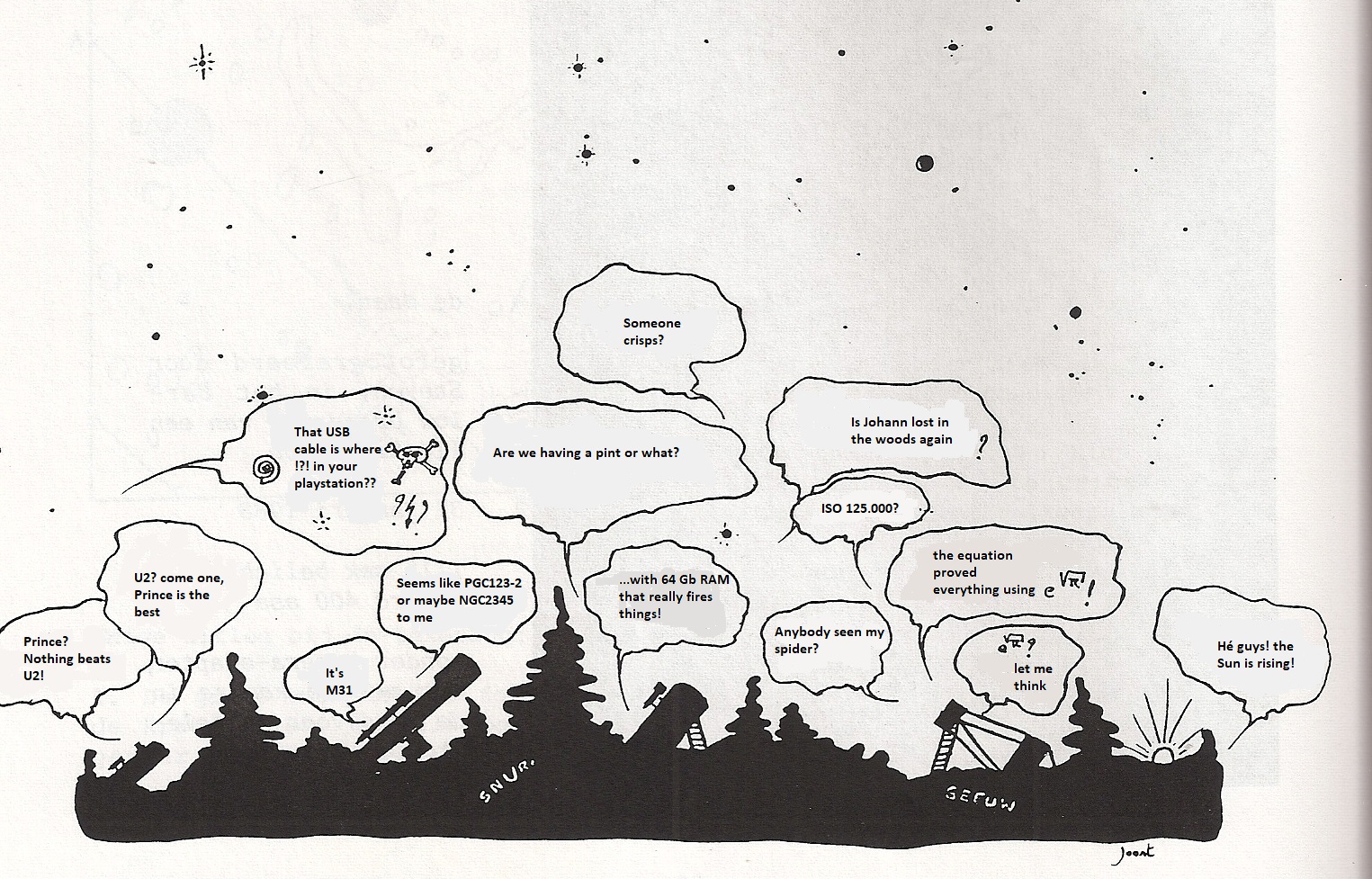 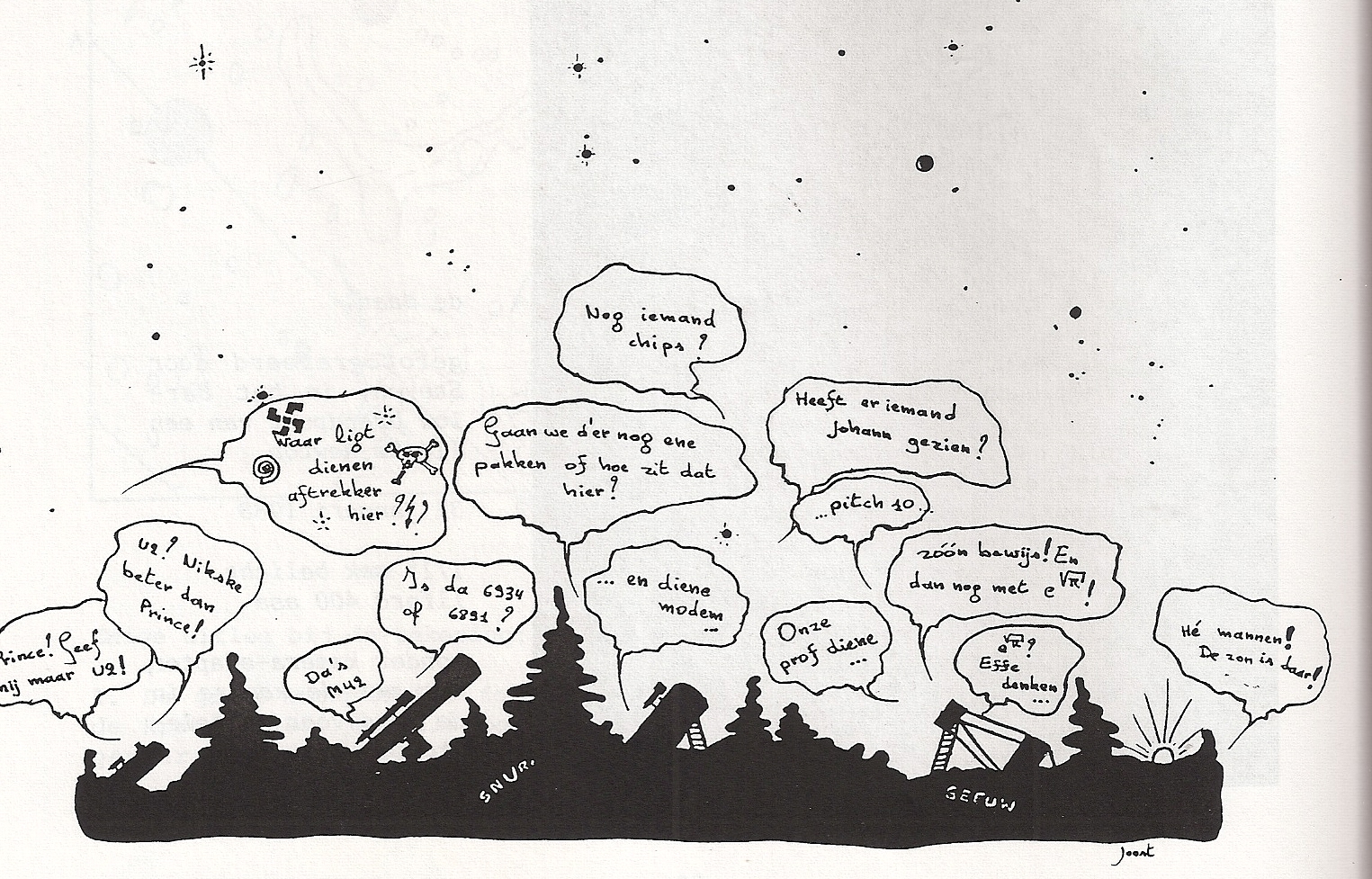 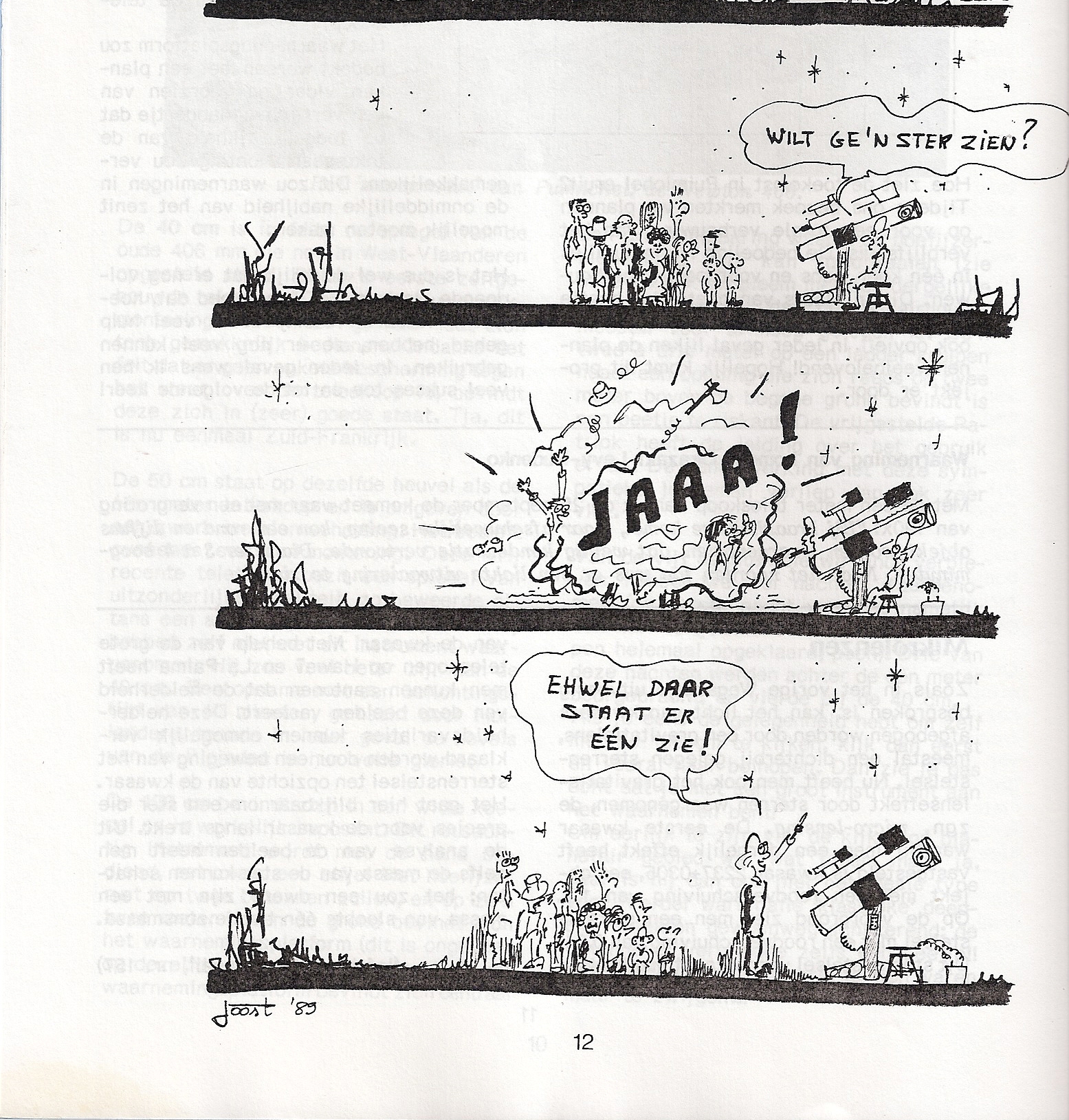 (translation) Pipo (facing a group of boy scouts during observation): “Do you want to look at a star?” Boy Scouts: “Yeesssss!!!!” (anxcious to look thorugh the big telescope) pipo: “there you go, ther you can see one”